On the 19th of April, FOPSIM held a half-day conference, as part of the Europe in Question prject (EiQ). Four speakers from four different entities here in Malta delivered presentations regarding inclusion of migrant eople in Malta. Our spekers were Mr. Andreas Kotelis, (Researcher from The People for Change Foundation); Mr. Alexander Tortell, Head of the Integration Unit, Human Rights and Integration Directorate; Prof. Paul A. Bartolo from the University of Malta’s Department of Psychology; and Mr. Andre’ Callus, Policy and Training Executive at NCPE. If the conference was to be described in one sentence that would be “Include Our Migrant Community In Local Activities, not creating something seperate”. Read bellow to find out more about the conference! 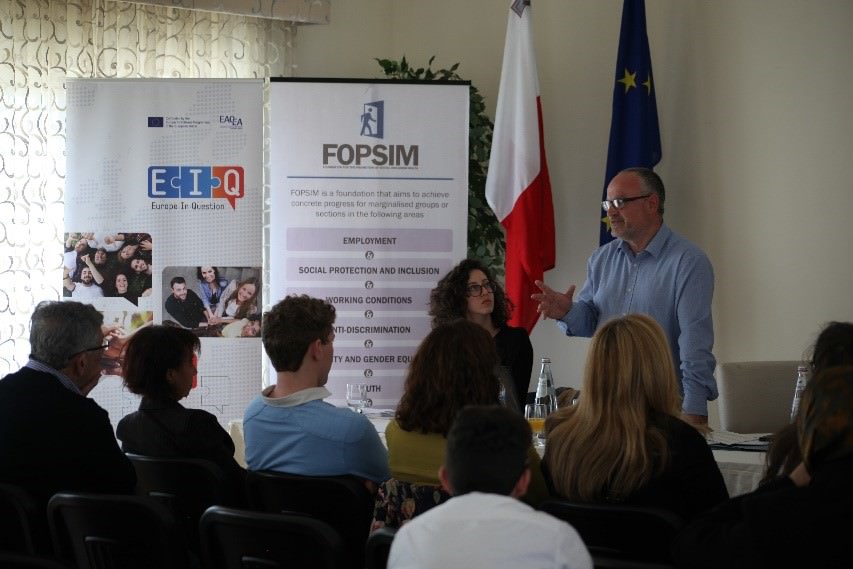 "Creating an inclusive society for our growing migrant community, is not only the job of Government and its policies but should be a process that sees the participation of all society. We should seek ways how to include our community of migrants and third party nationals in our local activities and not seek to create something specifically for them."

This was stated by Alexander Tortell, Head of the Integration Unit, Human Rights and Integration Directorate within the Ministry for European Affairs and Equality during a half day conference on Cultural Diversity and Social Inclusion organised by FOPSIM, the Foundation for the Promotion of Social Inclusion in Malta.

Referring to Malta’s Migrant Integration Strategy & Action Plan - Vision 2020 document, Mr Tortell stated that Malta’s Migrants Learners Unit is regarded as a success story and explained how today we have the first comprehensive document about integration.

"10.8% of Malta’s population is foreign. This is why it is important to have a system in place whereby we have a proper detailed and updated profile of each foreigner living in Malta so that we can build our integration policy based on real scenarios and situations. Whereas before we focused mostly on irregular migration, today the situation has changed and this document sees the introduction of a formal request to integrate, specifically for those people who intend becoming long-term Maltese residents. This policy will help shape the country, moving public consciousness about immigration from the periphery to the centre. This is why we have named this the “I Belong” programme because our efforts and our policies need to be channeled towards creating a sense of belonging. 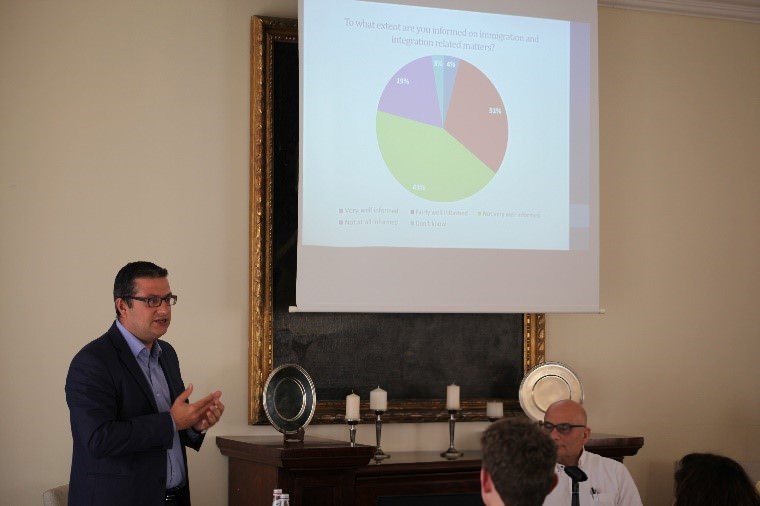 Addressing the issues of inclusion and discrimination in Malta, Dr. Andreas Kotelis, Researcher from The People for Change Foundation said “Integration is not something you can easily measure directly, but it is more of an abstract concept, and people tackle it in an indirect way. For example, according to a recent study, asylum seekers stand at 37% lower than the national at-risk- of-poverty income whilst unemployment is 45.8 percent which is roughly 40% higher than the national average. This is a strong indicator that people are not integrating well. Furthermore, Eurobarometer data showed that whereas only 35% of the locals are informed about integration and immigration related matters, 49% believe integration of immigrants is successful in Malta. People believe that the most important factors for successful integration are language, contributing to the welfare system / paying taxes, adjusting to the country’s way of life and values, and having educational qualifications and skills." 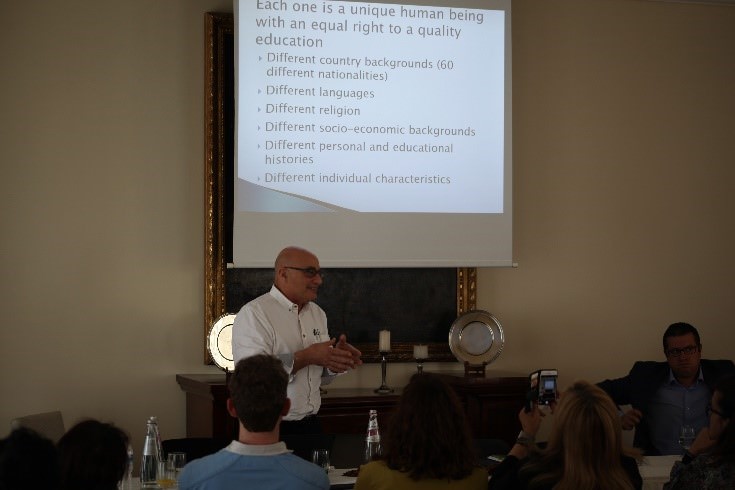 “Although one fourth (1/4) of the 1619 asylum seekers in 2017 were children, most of the more than 5000 foreign children in Maltese schools come from EU and other European countries. Whereas language is regarded as a major challenge for immigrant students and families to belong and participate in education, the rigid Maltese curriculum and a one-size-fits-all centralised Maltese education system, very closely tied to the dominant monocultural Maltese society, may be a barrier to students wishing to integrate. Efforts to make use of the potential contribution that foreign students can make to the learning of all can be of great benefit to all students. This can happen more easily if schools seek to engage in creative ways with the parents of all children attending the school to create a welcoming community that leaves no student or family on the margins”, said Prof Bartolo.

Discussing initiatives related to equality and discrimination, Andre’ Callus, Policy and Training Executive at NCPE explained how the NCPE deals with complaints, requests for information, training, assistance in policy development and directs feedback towards the implementation of national policies. 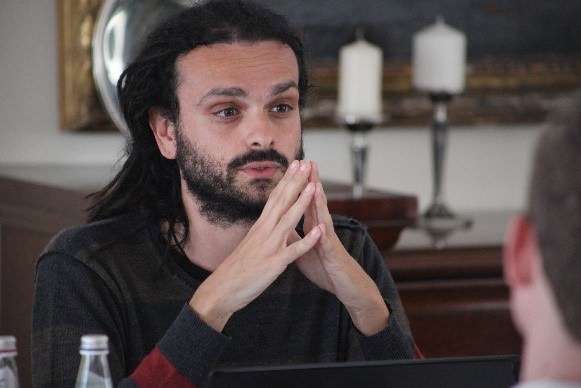 “One of the NCPE’s tasks is tackling discrimination based on “race and ethnic origin” and seeks to spread awareness about this. Any person who feels discriminated based on certain grounds can ask the NCPE to investigate. The equality law, for which updates are envisaged, covers employment, education, banks, financial institutions and the provision of goods and services where discrimination is prohibited. There needs to be a pro-active role to prevent the formation of new types of discrimination and making sure everyone is equal.

The conference is part of the project EUROPE IN QUESTION, a project co-funded by the European Union in partnership with Municipality of Tanagra in Greece, which is the Project Coordinator, Siawns Teg Limited, UK, Asociación de Municipios Forestales de la Comunitat Valenciana from Spain; Instituti Principe Real – Associacao Para a Inovacao e Desenvo from Portugal, FOPSIM from Malta; Dica Onlus from Italy and Empaatia NGO from Estonia. For more information about the project or to get in touch, visit new.fopsim.eu or contact Maria Ragia at maria@fopsim.eu or (+356) 2339 0137.